Avinash’s current practice involves litigation work, advice and consultancy. He is involved in ‘heavy weight’ disputes and matters of significant complexity. He has a practice which covers all major economic areas in Mauritius, with a focus on commercial matters, financial services, restructuring (including insolvency) and construction.

He acts for clients and major players in the banking and financial services, telecommunications, infrastructure, energy, construction, leisure, retail and luxury sectors.

Avinash is recognised in leading directories such as Chambers Global and Legal 500. 5 St James Court is also ranked in IFLR 1000. Clients describe Avinash as a “very bright and very strong lawyer” (Chambers, 2015) and as having a “fantastic reputation” (Legal 500, 2017).

He has worked as Legal Counsel to the Financial Services Commission of Mauritius and tendered advice to the Commission on all aspects of its work, including in relation to the existing regulatory regime in Mauritius (in particular that relating to collective investment schemes and the enforcement regime). While in private practice he has also led litigation for the Financial Services Commission.

Avinash has acted as lead legal consultant in relation to an international consultancy project entailing the review of the banking and financial services sector in Ghana and the creation of an international financial services centre there. He has also acted as lead legal consultant on the creation of a financial services centre in Rwanda. He has been called upon to tender advice to the Mauritius Government in relation to the Industrial Development Task Force set up in light of specific changes required to legislation to remove negative protection aspects and other constraints to industry, in the wake of the tariff liberalisation programme undertaken by Government in Mauritius.

Avinash’s recent litigation experience, much of which arises from the global business sector, includes acting:

• For local partnerships in a USD 3 Billion dispute over investments in Africa (including international arbitrations around this dispute)
• For the insolvency practitioner in on-going litigation around the winding up of a fund with investments in India, the group of companies being worth nearly US$ 1 billion.
• For a Chinese State Owned Company and a German subcontractorin relation to an on-going dispute over the construction of a major dam in Mauritius
• For the owner and builder of a power plant in the context of an LCIA arbitration
• For the Road Development Authority in Mauritius in relation to an investigation into all major road constructions in Mauritius for the past 10 years
• For the investigator in the first major investigation under the Take Over Rules in Mauritius
• In litigation involving the bidding exercise for the construction of major solar power plants and the sale of electricity
• For the project developer in an arbitration with respect to a significant residential complex
• In relation to the structuring and protection of intellectual property rights of an inventor in the energy sector
• For the insolvency practitioner in the administration of a local conglomerate with assets estimated in excess of US$ 1 billion
• For litigants in different disputes involving major players in the international diamond industry
• For the insolvency practitioner in the restructuring of a major local construction company which was facing insolvency
• Acting for a local bank before the competition commission in relation to interchange fees charged by Mastercard and Visa
• Acting for the Financial Services Commission in  Mauritius in various matters

His arbitration practice includes both domestic arbitrations (both institutional and ad hoc) as well as international arbitrations under institutional rules. He is a fellow of the Chartered Institute of Arbitrators and a certified Mediator by the Mauritius Chamber of Commerce and Industry and the ‘Centre de Mediation et D’Arbitrage’ Paris (CMAP).

• Advice to the insolvency practitioner in the first administration pre-pack in Mauritius in relation to the structuring of a energy related group
• Providing advice and assistance to the Financial Services Commission in Mauritius on various matters involving regulatory action
• Acting as standing Counsel for local banks and providing advice to others on an ad hoc basis
• Capital raise aggregating to USD 600M approximately for a telecommunications company
• Creation of collective investment schemes in Mauritius and advice on their structure
• Creation of an insurance company in Mauritius as a protected cell company
• Advice on the restructuring and reorganisation of local banks (also to include an investment arm and review of treasury functions)
• Advice on the cross border acquisition of a telecommunication company, an insurance company and a hotel
• Sale of a ship registered under Panamanian flag Generally Avinash advises on all aspects of the financial services regulatory environment and regularly tenders advice and has experience with respect to legal due diligences, schemes of arrangement, corporate acquisitions and take-overs, corporate reorganisations and rescues, corporate insolvency, receiverships, directors’ duties, securities law and company law generally, banking law, private international law, trusts, charities, sociétés, funds, taxation, anti-money laundering and civil law generally, amongst others.

Avinash is a director of a private bank operating in Mauritius structured on the Swiss model.

Avinash has contributed to ‘Global Financial Services Regulators’, published by Richmond Law and Tax Ltd (now an Oxford University Press publication) and was a speaker at the LCIA Africa user forum in 2014. He has participated as an arbitrator at the LSE-LCIA London VIS Pre-Moot in March 2019.

Avinash has also contributed to Global Financial Services Regulators, published by Richmond Law and Tax Ltd. He previously lectured on financial services at the University of Mauritius. 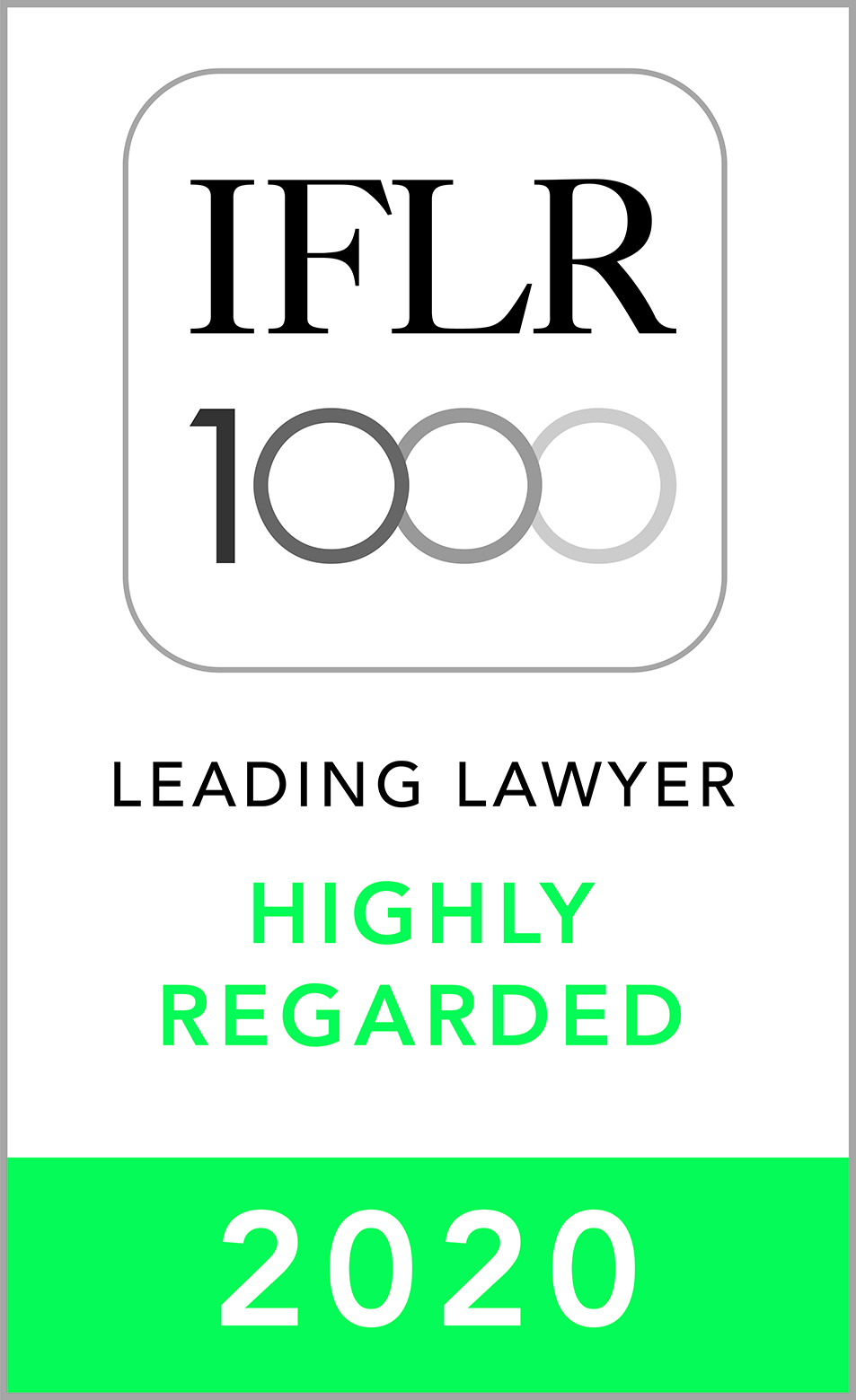 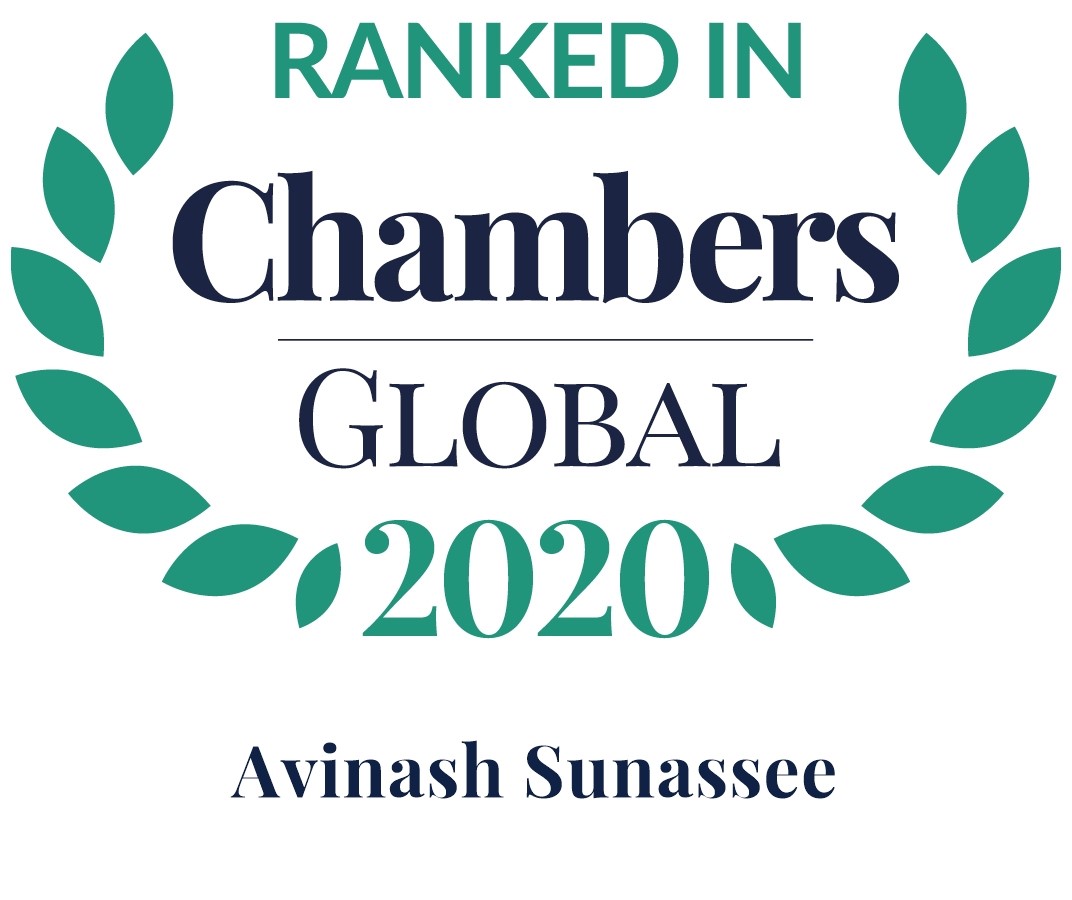